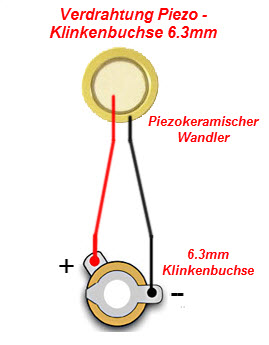 The easiest way to wire your CBG is a single piezo converter connected directly to a mono (2-pin) socket.
This is the easiest for CBG newbies. The sound can strongly depend on where the piezo is mounted in the box. Actually, it does not matter how the piezo is connected.
It will work on both variants. Basically, however, the black wire is to be connected to the ground. The connection of the strings to the mass can be dispensed with
because the sound is transmitted purely through the sound waves. 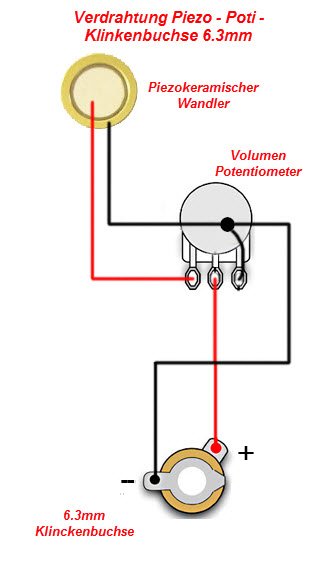 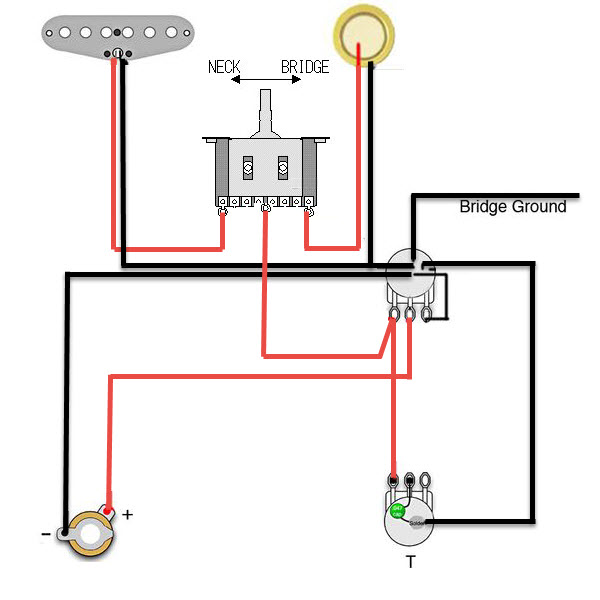 This wiring includes two pickups, a three-way switch and a jack. The purpose of the circuit is that can be switched between the two pickups. Either pickup 1 (single-coil) - pickups 1 & 2 and only pickup 2 (piezo). Basically, all black connectors are grounded. Either a master volume control can be installed (as in the diagram) or a separate volume control can be installed between the pickup and the 3-way switch. Thus, each output signal of the respective pickup could be tuned separately. There are also switches with 5 positions with more than 2 pickups. For electromagnetic pickups, it is advisable to ground the strings. This is easiest to do with the bridge.

The individual components are available in the shop. Or already pre-wired pickups.

all about the Cigarbox guitar