I had already built a manual laser table for my K40 China laser. Meanwhile I would like to laser round parts like glasses and bottles. In order to use the maximum height of the laser, I decided to build a new table. This table should also have the possibility to hold a rotary. If it is not needed, it should be possible to dismantle it quickly and without tools so that it is not destroyed during normal use of the laser. The rotary should also be able to be focused with the motorised table.

I bought a 3D printer to produce the necessary parts myself. The remaining parts such as trapezoidal spindles, ball bearings, toothed belt and stepper motor have been ordered. I still have a few days to print the plastic parts. 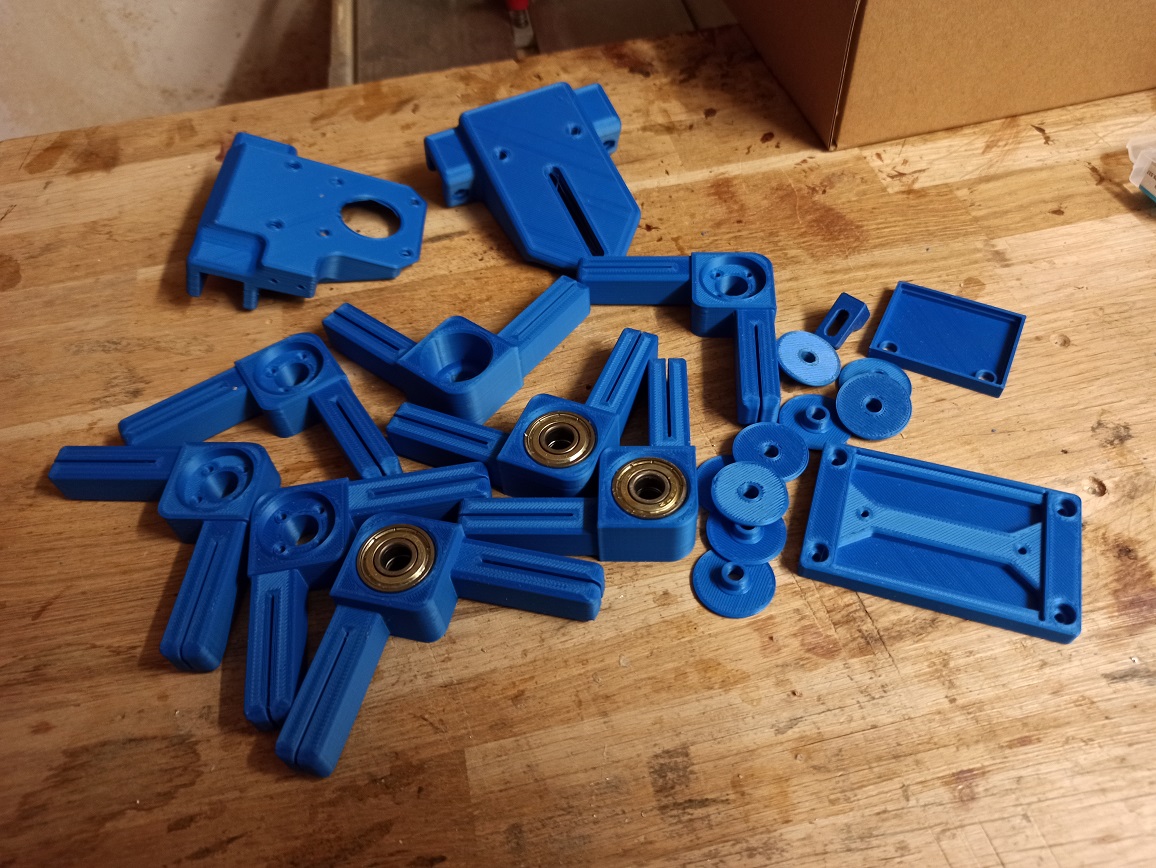 After printing the corner parts and motor mount, the table can be assembled with the aluminium profiles.
Built-in truck table. A piece of expanded metal is used as a cover to achieve the smallest possible reflection. Instead of expanded metal, a honeycomb table can of course also be used. 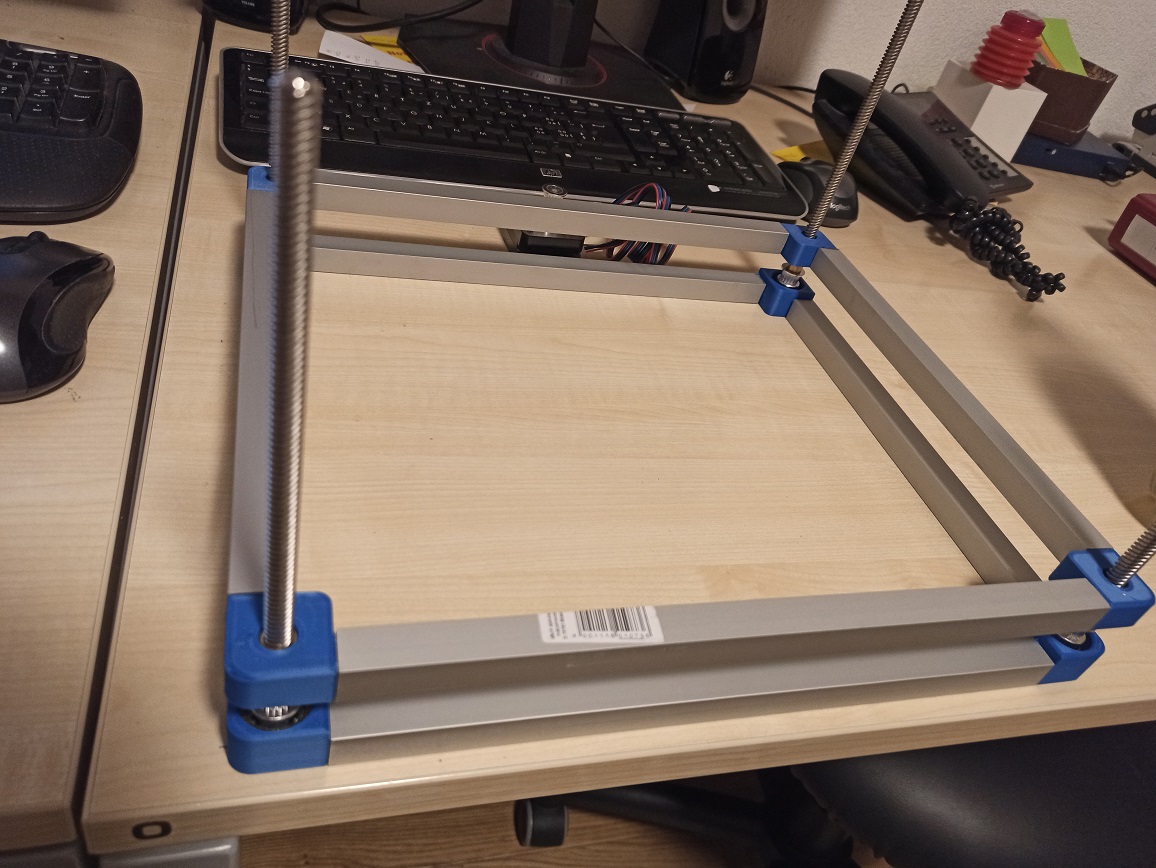 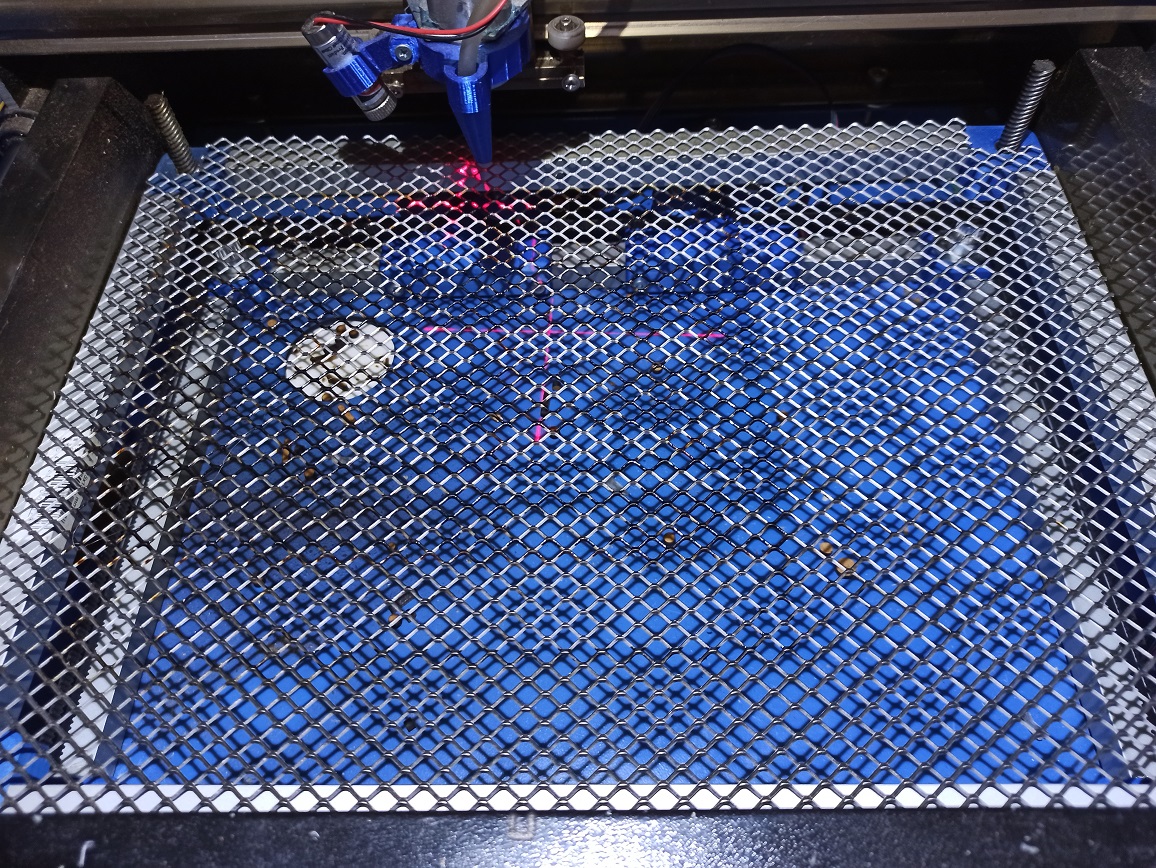 In the first step, an arduino nano is installed to take over the control functions of the table. 2 up and 2 down buttons are installed. I have found space for them on the side next to the temperature monitor.
The left buttons are responsible for the microstep function for the fine adjustment and the two on the right side for the fast up and down movement of the table. 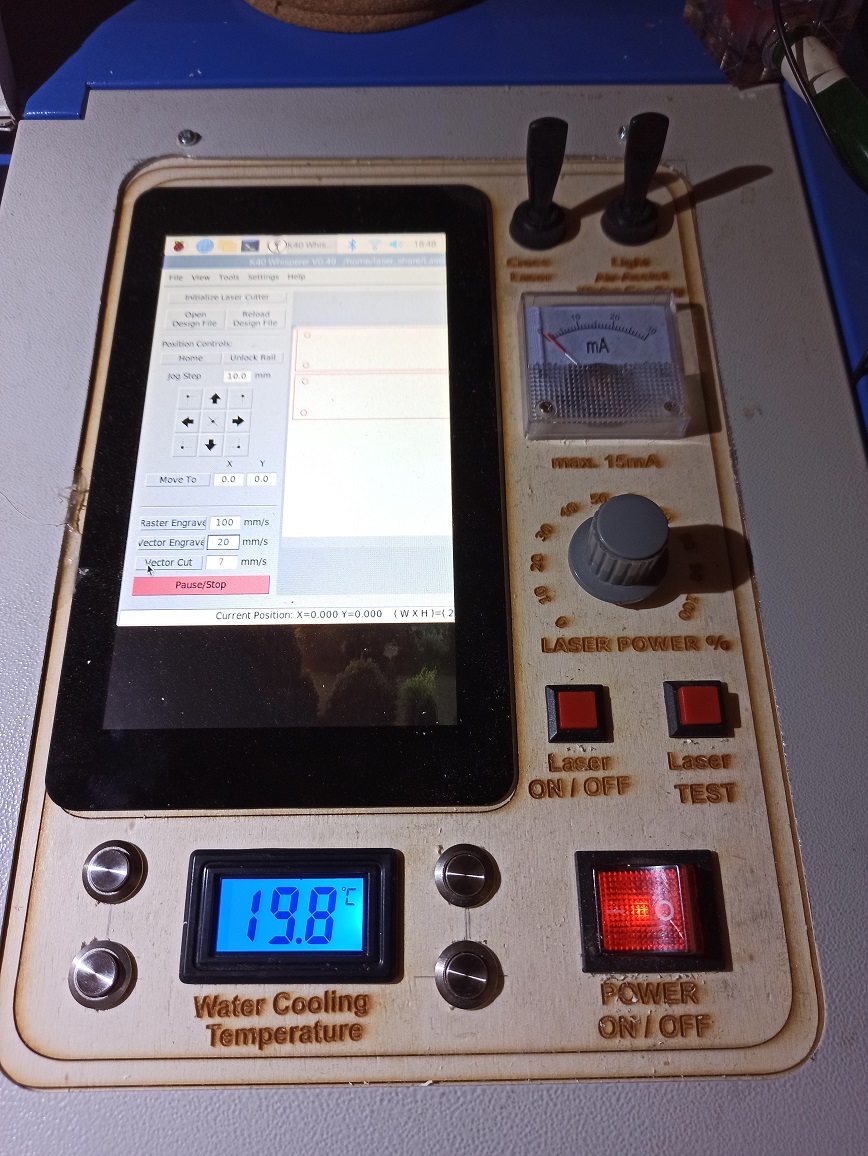 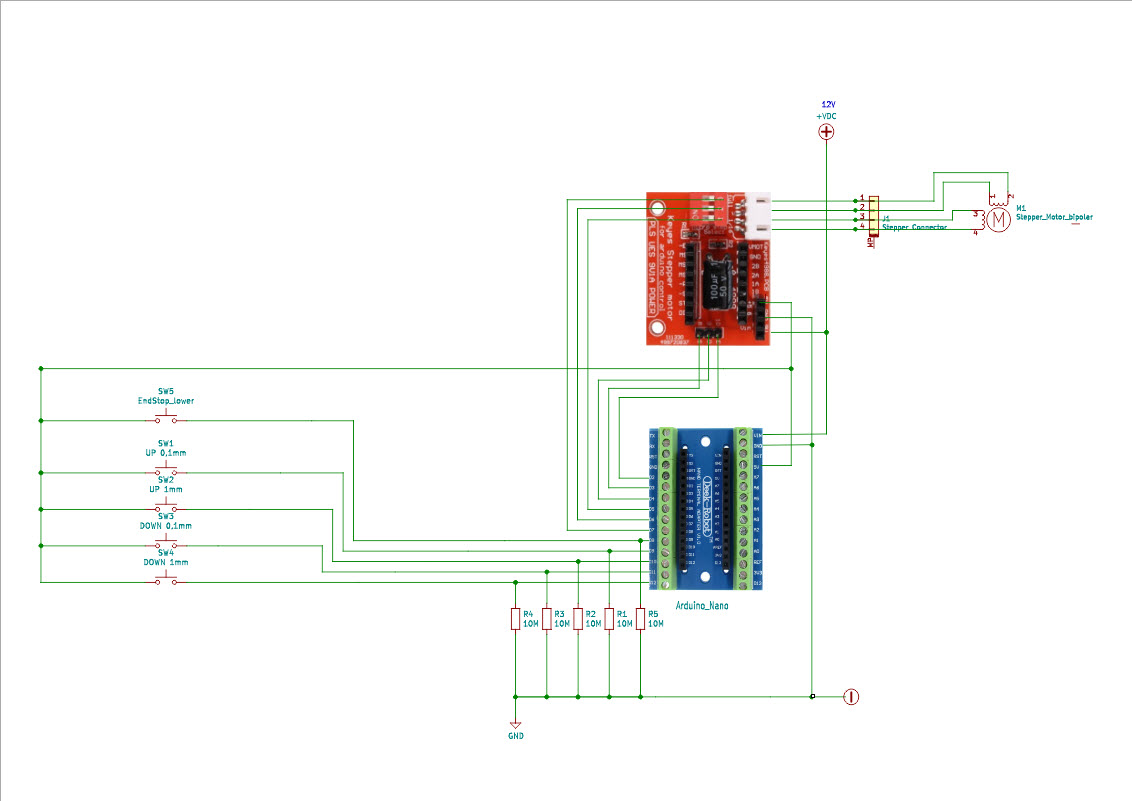 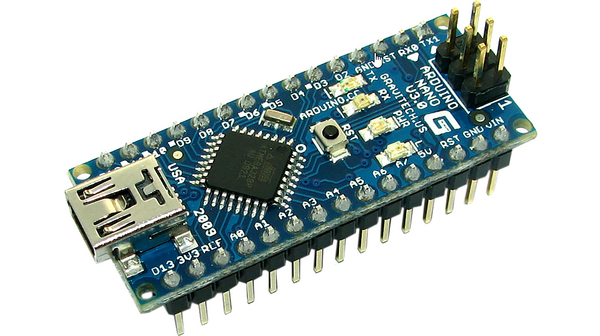 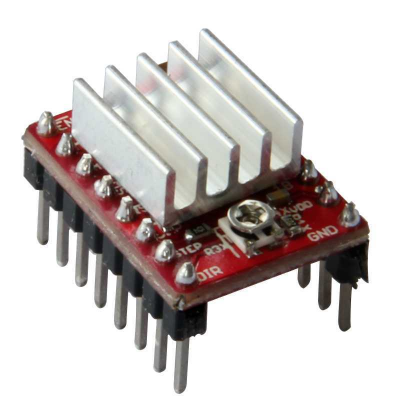 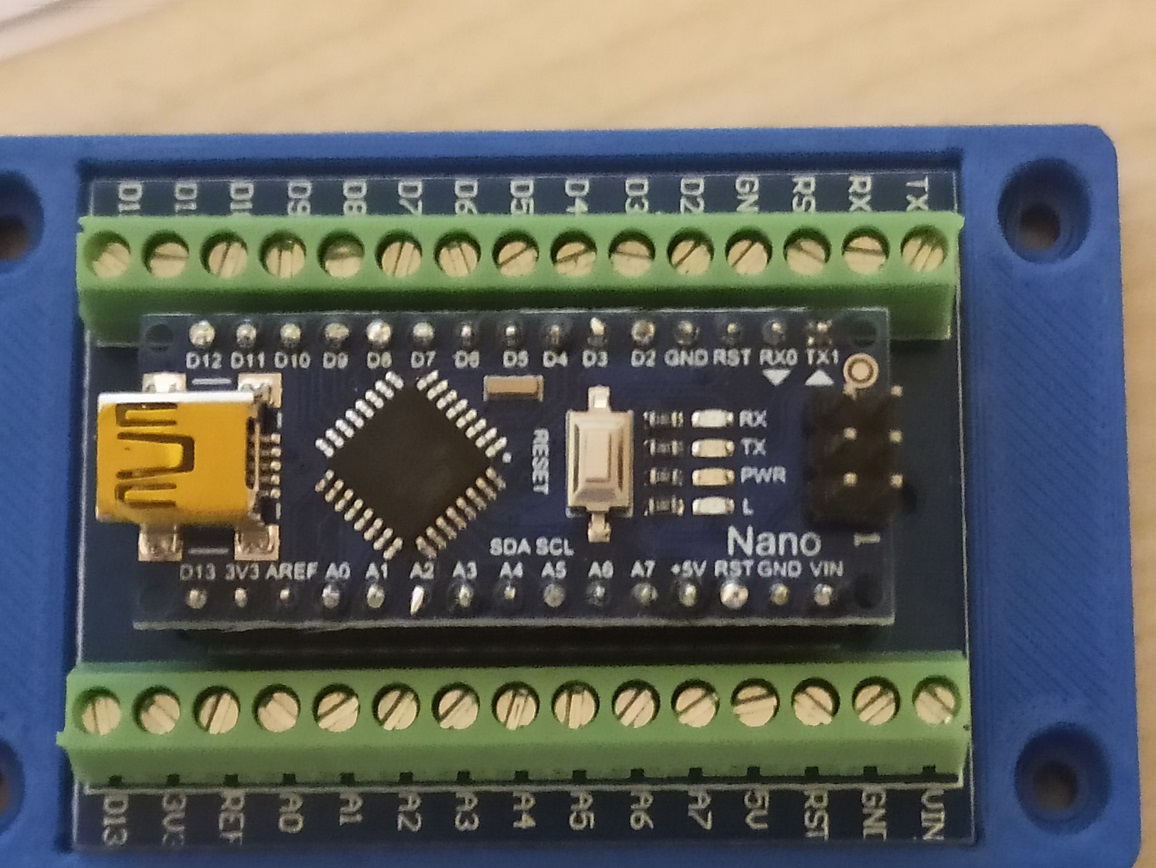 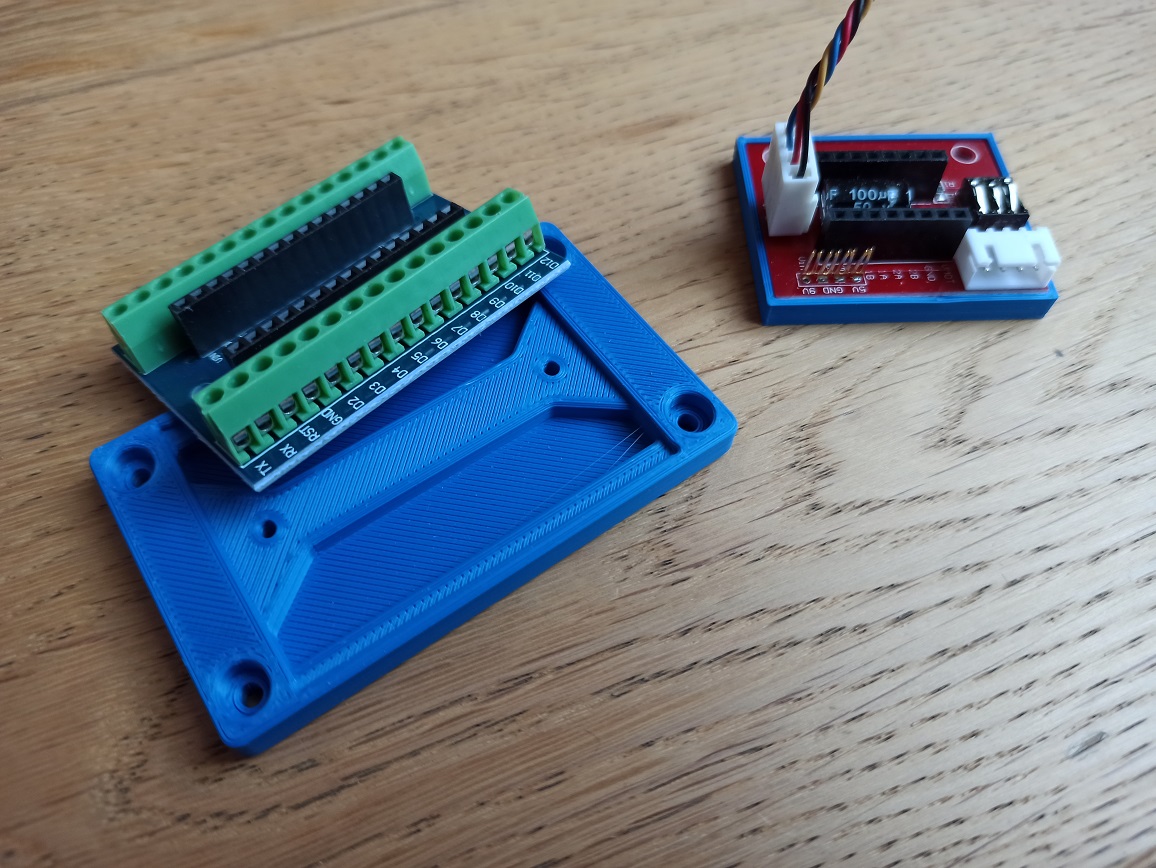 What are the resistors in the diagram for?
So that electronic components receive a clear signal, so-called pull-up and pull-down resistors must be installed. In our control system, this is the case with the 4 manual switches and the limit switch.
When the contact is opened, the pull-down resistor pulls the voltage at the input down to GND, so there is clearly no signal on the input pin of the Arduino Nano. Without this resistor, the input pin does not receive a clear signal. With this circuit, the signal is clearly